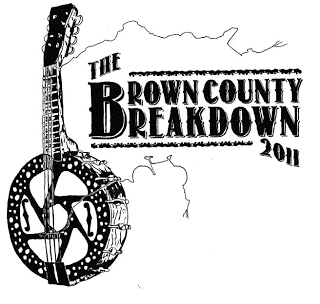 There are few opportunities within a reasonable day-trip of the Ohio-Indiana-Kentucky corner of the US to ride off-road for distances greater than 40 miles, and even that distance would require backtracking every mile of a trail. But one day each year, during the Brown County Breakdown (BCB), three mountain bike trail systems are linked via private land, horse trails, and a few Indiana back-country gravel roads, giving off-road adventurers the opportunity to ride up to 100 miles… if they have it in them. 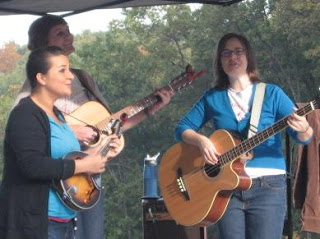 This year was the 7th annual BCB. The October 9th event was attended by over 500 riders from as far away as New England to the East and New Mexico to the West.

The BCB is more than just a long ride in the woods. It’s a three-day event including product demos, raffles, live Bluegrass music—and even free beer! 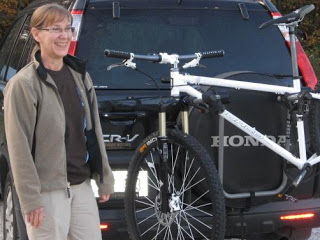 The ride itself is special, not only because of the amount of trail that is linked, but also because of the festive atmosphere that is cultivated throughout the ride. There is live Bluegrass music at each of the three SAG stops (SAG is bike event speak for “rest stop”), and even the occasional lone musician out along the trail.

This year, our shop—West Trails Bicycles—became a Supporting Sponsor in order to promote our shop while helping the event get better. We donated a Norco Judan Belt bicycle, which created quite a stir as it was raffled off. The eventual winner of the bike proclaimed from the moment she first saw it “That bike is mine. I’m going to win it!” Much Norco swag was also given out randomly to registered riders.

Our shop also set-up a tech support area at the first SAG stop, which in the past had only provided food, drinks and moral support. Our mechanics were overwhelmed by riders in need. 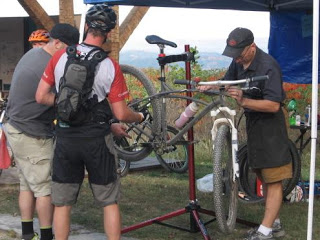 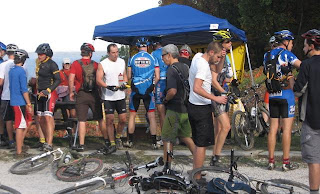 I was not willing to give up the ride just because our shop was a major sponsor. This was my third year participating and it’s just too fun to pass up.

I proudly rode my 2009 Norco Jubei 1 with it’s distinctive green rims that always seem to be noticed. 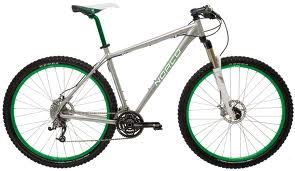 My riding partner Eric and I headed out into some of the more remote trails. We were surprised by how few riders attempt to ride them—most riders choosing to ride 65 miles or less, and why not? This is a fun event—NOT a race, not a contest.

About halfway around one of the two most remote loops, Eric’s derailer hanger snapped in half. It was then that I remembered I had failed to pack a spare for my bike, or one of the universal hangers that I ordered in to bring along. We were way out there, no cell phone coverage, and no guarantee that any other riders would be coming up behind us. The best we could hope for was that a horseman would come by eventually during our (or Eric’s) long walk back. But before I could break the news to Eric that I failed to bring the hangers, he said “Good thing you mentioned I should try to find my spare hanger… I never would have considered that it might be needed. I’m sure glad I have it with me.” Well I was glad too!! 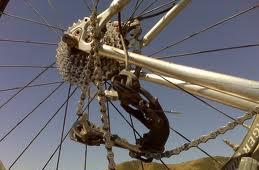 Then, on the next remote loop the trail markers disappeared. There was a three-way trail intersection with no indication of where to go. It would have been a long way back to back-track, so we were motivated to continue on, but clueless as to where to go. Fortunately, a couple of local riders eventually came up behind us and helped devise a route to get us back to the outer sag. We wasted a lot of time trying to get back on course, so we skipped some trails and bailed out on some road shortcuts to get us back to the start/finish in a timely manner. We had a goal of getting back by 5 PM and ended up only a half hour late. We got in almost 70 miles, which is a record for us. We were very satisfied!

The après-ride hog roast was a welcome filling for our ravenous appetites. 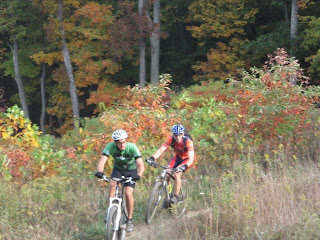 Since this year’s Breakdown, the International Mountain Bike Association has named the Brown County State Park mountain bike trail system an Epic trail destination. And that’s with only about half of the planned trails built! The monies raised during the BCB will help hasten the building of more trails at Brown County and throughout Indiana as well.

Please join us next year. Come ride and support this event and the building of more quality trails!